"Owing to its convenience to the valley highway and its adaptability for a headquarters, Belle Grove House was seldom without a military tenant nor its grounds without an army. Dead to sentiment, ruthless war had already made a waste of these ornate grounds in which its warrior lord had once taken such pride." (James E. Taylor, An Artist with Sheridan Up the Shenandoah in 1864) Belle Grove was most noteably used as a headquarters by Union General Philip Sheridan during the Civil War Valley Campaign of 1864 and was at the very center of the pivotal Battle of Cedar Creek. After a surprise attack by Confederate General Jubal Early in the early hours of October 19, 1864, General Sheridan quickly regained the territory, securing the Valley for the Union and boosting President Abraham Lincoln's chances for re-election. 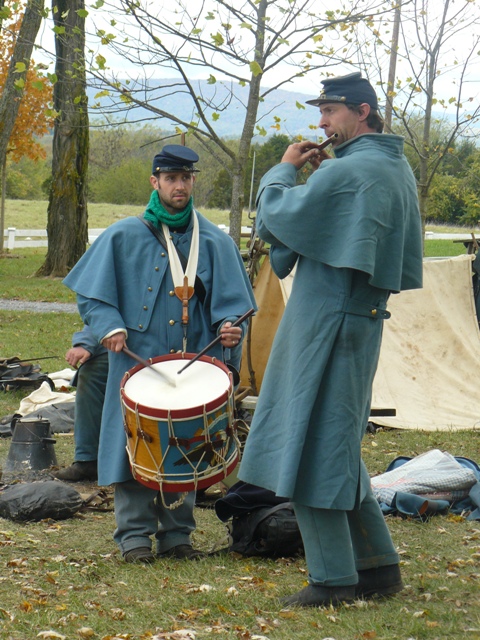 Belle Grove Plantation typically commemorates the anniversary of the Battle of Cedar Creek on the third weekend in October each year.

Belle Grove will commemorate the 155th Anniversary of the Battle of Cedar Creek on Saturday, October 19 and Sunday, October 20, 2019. Our activities will include Civil War music, civilian and military living history, house tours, National Park Service programs, and an exhibit of weapons and replica flags. Activities on the grounds are free. Entrance to exhibits and demonstrations in the Manor House will be $5 for those 13 and older, free for those 12 and younger as well as Belle Grove and National Trust for Historic Preservation members with a current membership card. Please park in the field and enter through the Beverley B. Shoemaker Welcome Center (in the 1918 Barn).